Five reasons to choose an international education for your children 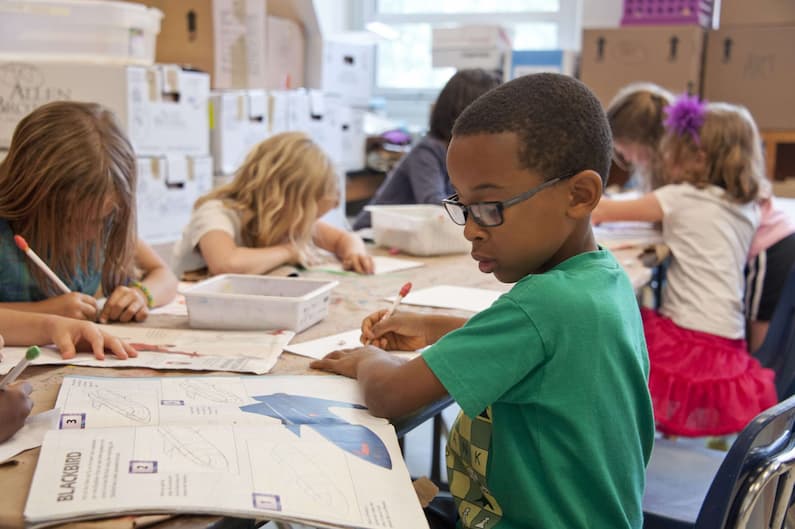 Choosing a school for you children is one of the most important decisions you will make in your life. It is a matter that requires careful consideration, as it can condition your children’s future career.

If you’re considering an international education for your children so they can learn a second language as if they were bilingual, below we explain 5 reasons to choose an international curriculum that go much further than just being able to speak several languages.

1. Mastery of a second language

Learning a language from a young age and getting used to using it on a daily basis in all kinds of activities are two ways to guarantee that children better assimilate a second language and can use it so confidently and fluently that they are considered bilingual. One advantage of starting out with a language from the earliest years of life is that children can learn it naturally at a stage when the brain is more malleable and receptive to learning.

Studies show that to master a language, children must learn it in a social context where they are exposed to stimuli and events that are vital to reach such a level. The chances of success are higher if this occurs before the age of 5, which is when 85% of a child’s brain develops. An international education offers students the opportunity to immerse themselves in a language at school, while their brain manages the change between the language used in the classroom and at home completely naturally.

2. Multiculturalism, respect for diversity and a global mindset

Attending an international school means sharing a daily routine with classmates of different nationalities, which brings an element of multiculturalism that is highly valuable when it comes to developing an open and global mindset. The values of international schools often include respect for diversity and recognition of difference. Thanks to the multicultural mix of teachers and students alike, different religious and cultural festivals are often celebrated throughout the year, which means that children grow up in an atmosphere of tolerance with a global mindset that helps them become true citizens of the world.
Likewise, an international education opens the door to exchanges in countries where the school’s language is spoke, something that allows students to build lifelong relationships with people of other nationalities, learn more about other cultures and be better prepared if they eventually decide to study and/or live in another country.

From an academic point of view, an international education is a passport to enter the world’s best universities, both in Europe and further afield. The programmes and qualifications offered at international schools are widely recognised by universities and companies alike the world over. They cover from primary through to secondary and include university preparation training, equivalent to the Spanish baccalaureate. The curriculums are validated by regular inspection processes carried out by international organisms and students do official exams organised by external examining boards, an aspect that earns them worldwide recognition and respect. What’s more, they are considered to be an excellent base for university, the world of work and life.
Some international schools offer more than one international curriculum, thereby opening an even wider range of opportunities for students when choosing where they wish to complete their university studies.

An international education helps students develop the skills they will need to be successful throughout their life, whether at school, at university or in their work. Not only does an international curriculum develop students’ cognitive and communication skills as they simultaneously learn two languages, but it also encourages the development of their intellectual, personal, emotional and social skills, as well as a deep knowledge of the various subjects studied.
The international educational model aims to prepare students with learning strategies that encourage creativity, innovation, initiative, leadership, critical thinking and problem-solving, as well as resilience and the ability to learn throughout their life, which forms an excellent base for a successful future.

An international education opens the door to a whole host of work opportunities thanks to students’ native-level language skills (one of the most sought-after skills on the job market that can be a decisive aspect to get a job), the fact that they hold a qualification endorsed by universities of international prestige, and their global mindset.
Companies put increasing emphasis on the importance of a broad educational portfolio, soft skills and international experience, which represent a great advantage for students and allow them to stand out from other candidates.