Debate as an educational tool in BSS schools | BSS

Debate as an educational tool in BSS schools 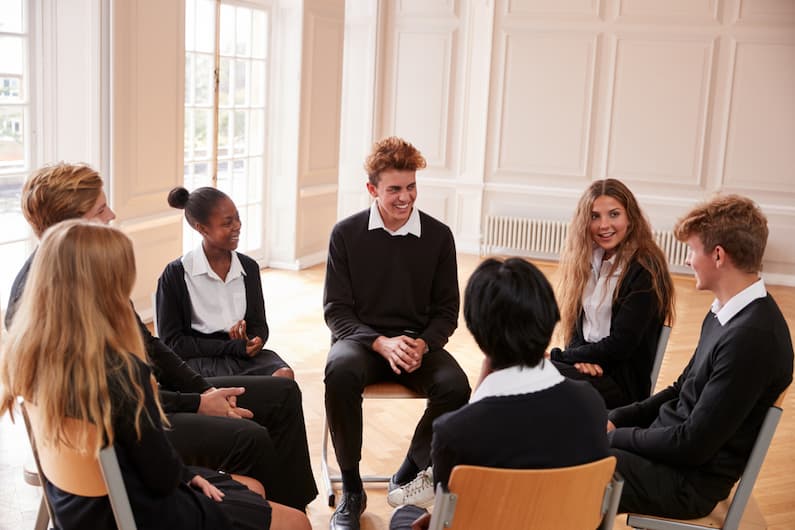 Debate has been widely esteemed by teachers for centuries as a tool to intellectually stimulate students that strengthens their critical thinking and analytical skills, as well as their ability to reason using accurate data. In addition, the variety of debate leagues and activities make it possible to take this tool beyond the bounds of the classroom.

Discussions on important issues related to social, political, economic, scientific or human aspects, in the majority of cases linked to current affairs, have the ability to spur on skills that will ultimately improve students’ academic performance.

The following skills are strengthened through debate:

the art of discussion and reasoning by dialogue

the art of speaking in public eloquently

convincing and explaining one’s own arguments to an audience

Therefore, debate does not only aim to make students capable of reasoning, but of doing so with a certain element of intellectual creativity, always based on solid evidence and before an audience that is judging them. This challenge is highly motivating for some students, while for others it means being engulfed by panic when they have to stand up for their ideas. However, this does not mean that debate is not a useful tool for all as the techniques and methods can be learned and assimilated, and this helps students to overcome their fear of publicly presenting their theories, opinions and arguments.

Debate does not only aim to make students capable of reasoning, but of doing so with a certain element of intellectual creativity

While they develop certain skills, students that debate also open up to others, to respecting their ideas, to forming an opinion based on different approaches and to accepting that their view on an issue can easily be opposed to the opinion of the person in front of them. Debate is motivating for young people; it awakens their interest in the problems of the world around them and they learn how to work on all the aspects required to be a good debater: searching for reliable information, performing a deep analysis of multiple ideas (as they prepare arguments for and against to study an issue from all perspectives), developing arguments and presenting their stance.

The Best Schools in Spain work on debate with their students, whether in debate activities or schools, which promote an open mindset and tolerance of opposing opinions. This tool is highly esteemed by educators as it combines several principles and methodologies such as multiple intelligences, cooperative learning and the use of communication technologies to correctly manage information, which are so important for constructing arguments and establishing a stance.

The debate and oratory stimulated in the classrooms do not involve just the spoken word. As we are all aware, a good communicator can also effortlessly use non-verbal communication in addition to the content of their message. For this reason, students are also given the resources they need to put this concept into practise in their speeches.

Lastly, debate is possibly the highest form of dialectics, in conjunction with the arts of public speaking and oratory. Consequently, some prior exercises from a young age can help students gradually develop their skills in these terms. At the Best Schools in Spain, we also encourage students to present their school work publicly and to argue and defend their opinions from an early age.

Constantly practising these skills in a natural manner allows students to later take part in the debate leagues and tournaments that are held regularly and also help students to further develop these skills. In particular, the CICAE-UCJC Preuniversity Debate League is especially important in our country. A tournament of this league was held recently and 310 students took part. It is the most important competition in Europe based on the number of participants, and it is held simultaneously in Spanish and English. The majority of the Best Schools in Spain take part every year.