Educate sense of responsibility in front of technology | BSS 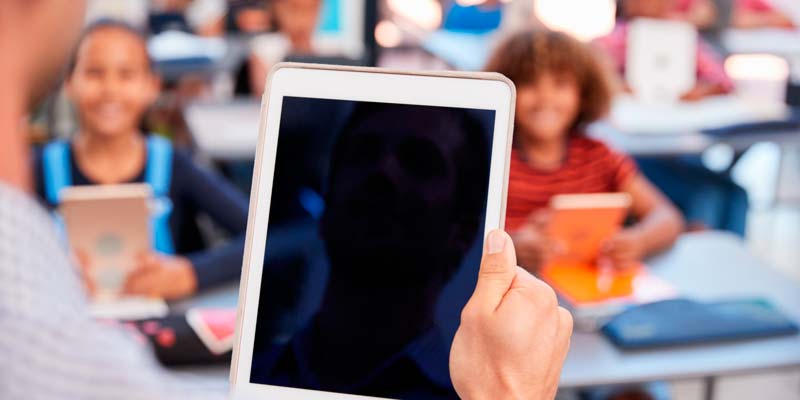 Use of technology in the home, the workplace, and in education has grown rapidly since the advent of the World Wide Web in 1989. More recently it has been fuelled by the growth of smartphones after the release of the iPhone in 2007. Technology pervades the home and the workplace, and many of us could hardly imagine our jobs or our lives without it. Many of our students certainly cannot, since they can barely remember a time before smartphones.

At present, huge technological strides are being made in machine automation and artificial intelligence. Driverless cars seem set to become a reality, and Google’s Duplex Voice Assistant appears to pass the Turing Test, representing a landmark in the development of A.I.

The use of technology, is it convenient?

The many and varied applications of modern technology represent a huge opportunity in schools and industry, while also presenting significant risks.

In 2018, colossal power rests in the hands of a small number of extremely large corporations. Facebook holds vast amounts of personal data on millions of citizens around the world, and Google’s search engine effectively decides what people find when they search for things on the web.

Recently we have seen evidence of large-scale interference in national elections using social media, threatening fundamental pillars of democratic society. As A.I. develops apace, campaigns have begun to ban autonomous killer robots before they become a standard weapon of war.

According to Kranzberg’s First Law, technology is neither good, nor bad, nor neutral. The same technology (e.g. WhatsApp, which uses encrypted communication) can be used for good (to help friends and family stay in touch) and for bad (by criminals to avoid police eavesdropping). But apps like WhatsApp are not neutral – they have fundamentally changed the way many people communicate.

When we consider the major technological developments of recent decades, it is clear that few are fundamentally good, nor fundamentally bad. And yet they have been anything but neutral. They have revolutionized the world and the way we live and work.

Technology advances by leaps and bounds

The rapid growth of technology has often outstripped the ability of governments to regulate its use. There have been recent developments, such as the EU’s General Data Protection Regulation, but it seems that the law is always destined to lag behind technological innovation.

This growth has also outpaced public understanding of how technology works. Very few adults can explain what a cookie is, how the internet works, or how companies like Google and Facebook make their money. This lack of knowledge extends to most school teachers (except hopefully ICT teachers).

The use and teaching of technology in schools

In many schools, the only people with a significant understanding in many areas of technology will be the ICT teachers. Their role, therefore, is extremely important – not only in planning and covering the ICT curriculum, but in ensuring that key issues which cannot fit into ICT teaching time are dealt with in other subjects (such as citizenship).

In order to alleviate the burden on the ICT department, I suggest that schools might consider all-staff training in “how technology works”, delivered either by the ICT team or an external provider. This might allow issues with technology to be explored in different subjects, and would show teachers “leading by example” in striving to understand and think critically about the technology they use.

Just as the law is destined always to lag behind technological development, so is the public understanding of technology. But this does not mean that governments or schools should simply give up – both must work hard to keep the gap as small as possible. Schools and teachers should commit to becoming better educated about the technology of the day, and should consider understanding how the internet works to be as fundamental a part of education as reading Shakespeare or learning Pythagoras’ theorem.