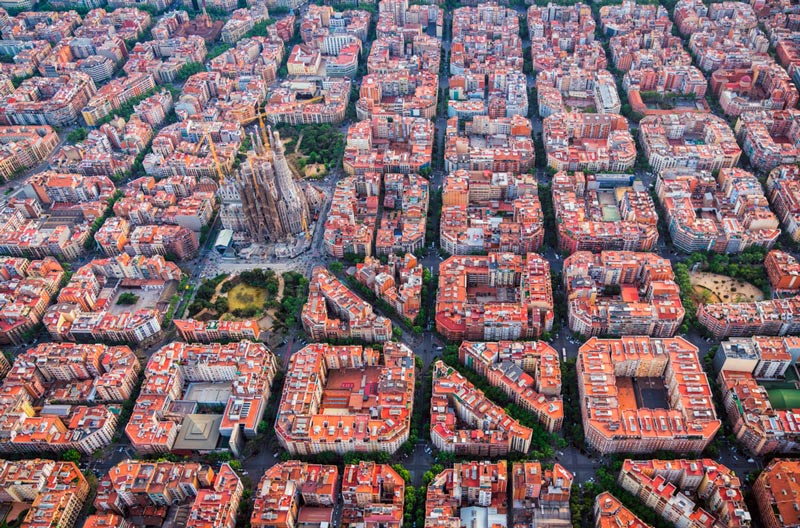 Catalonia is one of the most diverse areas in north-east Spain: its location, history, culture and cuisine have defined over the centuries what it now is. One of the most interesting areas for living in Spain is the north-east since it is synonymous with quality of life.

Catalonia has four provinces: Barcelona, Gerona, Lerida and Tarragona. To the north, it borders with France and Andorra; along the east, with the Mediterranean Sea; and to the west, with the regions of Aragon and Valencia. The 580-kilometre coastline is shaped by the Mediterranean climate and the temperament of its inhabitants.

The area’s varied gastronomy is shaped by its geographical location: the irrigated region, the sea and the mountain. The most typical dishes are tomato bread, fuet, xató sauce, coca de recapte pastry… without forgetting the star dessert, Catalan crème brûlée. There are many diverse dishes with a very high quality. It is customary to be out on the streets, drinking aperitifs or eating with friends.

Several languages are spoken in Catalonia. Spanish and Catalan are the official languages; 95.9% of its inhabitants understand, speak, read and write in Spanish, and 60.4% in Catalan.

The region’s economy is mainly industrial, and there are many large, mid-sized and small companies with activities in the area. In recent years, the service sector, especially tourism, has increased its presence, mainly because the area has an enormous natural and cultural appeal. The most important international Catalan artists are personalities such as Salvador Dalí, Joan Miró and Antoni Tàpies, who carried out their activity in the last century. In the architecture area, you cannot visit Barcelona without going to the Sagrada Familia.

In the sports area, FC Barcelona is the city’s worldwide famous football club. There is also the Barcelona-Catalunya Circuit, which hosts the Spanish Grand Prix Formula One and the Grand Prix Motorcycle Racing. Football, basketball, sailing and skiing are the main sports practised by most of the people. The proximity (around 2 hours by car) to the ski resorts in Andorra, to the Mediterranean coast, etc. facilitate sports, and there is a wide range of sports activities.

The cost of living is similar to that in the capital, Madrid, and housing is the main investment made by Catalans. Rentals in the large cities are a viable and usual option since the supply is for all types of people and needs. As we move away from the cities’ historical centres, the more residential areas appear. The road communications are good and there is also an efficient public transport network which connects Catalonia to the rest of Spain. Barcelona has one of the country’s largest airports, with direct connections to the main international airports.

Living in Barcelona means being fully exposed to a cosmopolitan environment. Life is in the big city: 70% of the population lives in the four large cities. There is a very wide range of cultural, employment, leisure and educational activities and their quality is of the highest level. The international private schools enjoy enormous prestige, and some of the Best Schools in Spain are located there. Catalonia also has a wide range of universities which are a benchmark outside Spain.