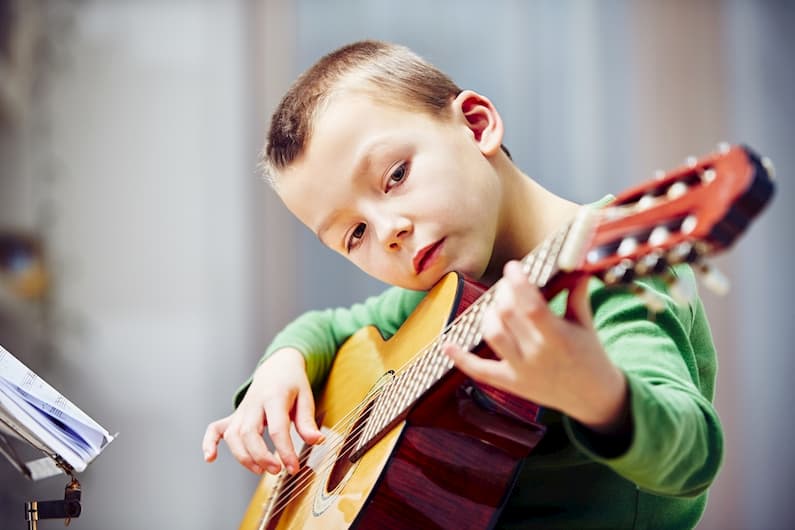 Music education is a major challenge for arousing students’ interest in discovering and enjoying music. At the Best Schools in Spain, we use a method which transforms the learning effort into a real passion for music. Students have the opportunity to live the music by enjoying and playing it as a reward for their efforts.

In a fun environment, children develop an active role through recognised music methods such as Dalcroze and Kodaly.

The music education we teach is divided into four areas:

Music is a universal language through which we can all communicate in an effective way. Its message leaves a mark on people in such a way that no other language can ever aspire to do: feelings, emotions, moods, even the life of the creators or composers themselves. Music fills moments of our life; there is always an unforgettable song or a melody which marks special indelible moments and which we recollect when we hear it once again. That is the power of music!

According to Plato, “music is to the soul what exercise is to the body“, acknowledging this relationship between music and emotions. According to Oscar Wilde, “music is the art which is most nigh to tears and memories.”

Music can be entertainment, an excuse for fun and games, for enjoyment, for losing one’s inhibitions, for feeling, for being moved, for conveying, for communicating, etc. We all know about the many scientific studies showing that music education at an early age stimulates and develops neuronal connections which would not be possible in any other area. Music education also fosters receptivity, concentration and communication among children, highly influencing their intellectual, psychomotor and oral and written language development, which will lay the foundations for boosting analytical understanding, mathematics, the learning of other languages and so forth.

Since music is able to act at all levels, we can achieve goals such as improving children’s affectivity and conduct, developing their communication and means of expression, releasing their pent-up energy, providing them with enriching musical experiences which help them to be motivated, reinforcing their self-esteem and personality, enabling them to be reintegrated and socialise, and educating them. In this way, music becomes an essential subject in education which also improves their quality of life.

There are numerous studies with positive results regarding the benefits of music therapy; for example, to maintain and develop cognitive skills such as language, attention and memory.

Our schools believe that this is a fundamental aspect: at concerts, students must overcome the stress of performing in front of an audience and conquer their own shyness, fighting their own emotions so that they can transmit their music in an effective and skilful way. In short, before, during and after auditions, students must observe themselves so that they can learn and know who they are.

Some advantages of this experience:

Since the Best Schools in Spain are aware of all the benefits provided by music education, we encourage all our students to play music.