Preparing students for a globalised world 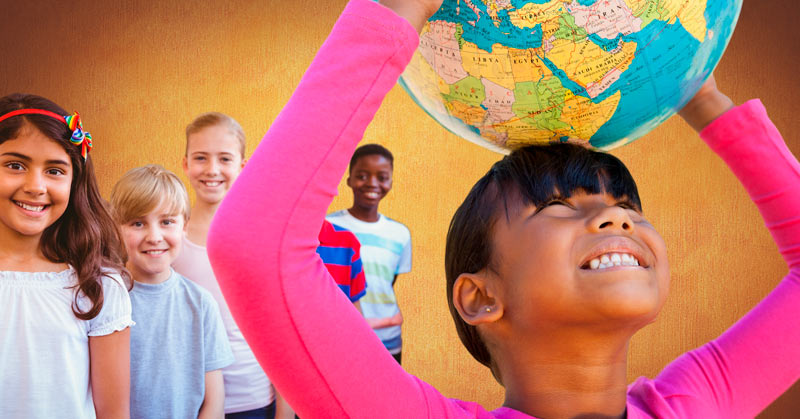 Classroom walls have disappeared, the physical space where classes are taken now transcends schools and education must now be sought beyond books.

Everything has changed in the education world and this has happened in a short time period.

Until a few years ago, education was a very traditional sector where changes hardly took place. Teachers were the only authority and they taught their master classes from their podiums while students listened in silence or jotted down explanations.

That model has been replaced by a new education model which must be in line with a society that has gone from isolation to globalisation, from notebooks to iPads and from monolingualism to multilingualism. Today’s students will face several challenges to successfully compete in the future but we will focus on the four which we specifically work on at BSS (Best Schools in Spain): continuing education, new technologies, multiculturalism and adaptation to change.

Continuing education is a concept which both young people and working professionals have to learn how to live with because this will be necessary for getting better jobs and keeping them.

In the 20th century, people usually retired from the same company that they started working at during their 20s. Nowadays this is very unlikely. Companies now have shorter life cycles and professionals change frequently, seeking new challenges, higher salaries or better opportunities.

The same thing happens with education. Students used to end their formal education and, with the studies they had taken, they could have the same job for the rest of their life. Nowadays, changes occur so fast that professionals who do not take continuing education or refresher courses will be expelled from the job market or have to resign themselves to low qualified jobs and, therefore, lower salaries.

Nevertheless, this is a double task in which both professionals and companies must be involved: the former because their career progress will depend on them and the latter because those which are not concerned about their employees’ training will be less competitive, working at them will be less attractive and they will be at greater risk of disappearing than the competitors which do provide training.

The advent of new technologies has brought about a revolution in teaching which seems to be limitless.

In the most visible part, new technologies came to the classrooms through interactive whiteboards which facilitated learning thanks to their numerous resources. They also came through computers which expanded the subjects studied in class or those in books.

They increased with the iPads, whose mobility and usability even enabled the youngest children to use them. We are now living in a world in which students, under the direction of their teachers, design their own books and establish their learning method by using the programming language resources that they are starting to master.

Over 2,000 years ago, Heraclitus stated that “the only thing that is constant is change” and this is still true today.

The professional environments continually evolve and, with them, so does all of society. Only those prepared to adapt to changes will be able to grow successfully at work and professionally. Sociologist Zygmunt Bauman called this phenomenon “liquid education” because everything that we believe to be certain, i.e. society, the state, the companies or education itself, is transforming.

The myth for many has been debunked and it is necessary to make the new generations understand that transformation will be a constant throughout their life.

Multiculturalism in the world and in education

Multiculturalism is a result of globalisation. Population movements have become so frequent that the students in our schools are of many different nationalities.

For students, diversity has become a natural way of life and we help them to accept this by drawing new lessons from their classmates’ customs, thoughts and ideas.

The wealth that a person from another country can bring to an organisation is especially valued by international companies since those professionals often provide new points of view about processes which nobody had questioned before.

All these challenges have created the need for a new education model where the students themselves not only participate in that change but they often foster it by demanding the use of technological resources in classrooms, more languages because they play or chat with friends from around the world and how to apply the content studied in the classroom to their daily life.