Spain, a safe country to live and study in | Best Schools In Spain

Spain, a safe country to live and study in

There are a great number of wonderful features that characterise Spain as one of the best places in the world to live. The people and families that settle down in Spain feel both accepted and welcomed. Studies, such as the Expat Explorer 2017 carried out by HSBC, endorse the country as a leader in areas such as physical health, quality of life and an active social life. These elements, combined with its geographical location, climate, cultural heritage, safety and internationally oriented educational offering, make living in Spain a truly safe bet.

Figures clearly demonstrate that Spain is a safe environment to live in. According to the Elcano Royal Institute (2017) study, Spain is the sixth safest country in the world, following close behind Singapore, Japan, Indonesia, Switzerland and Sweden. In addition, it’s the fourth country in the European Union where the fewest crimes are committed, coming in behind Greece, Portugal and Italy. In fact, Spain has one of the lowest crime rates in the European Union, ranking as the third European country (of the EU-15) following Portugal and Greece.

The Spanish homicide rate is 0.63 per 100,000 inhabitants, according to data provided by the National Institute of Statistics (INE). Regarding deaths from homicides, the percentage is 0.07, the lowest it’s been in the last decade, (same as in 2015), which makes Spain one of the countries with the lowest homicide and murder rates in the world (ranked third according to data provided by the Statistical Office of the European Union (EUROSTAT).

Regarding the Global Peace Index, which is considered the main annual scale of world peace and international safety, in 2017 Spain was considered one of the safest countries in the world, ranking 23rd out of 163 nations, coming in before Italy (38th), the United Kingdom (41st), France (51st) and the United States (114th).

Spain has stood out on a European level regarding its ability to integrate immigrants without conflict in times of crisis and high unemployment. According to the Elcano Royal Institute, Spain has been able to avoid violent conflicts that have arisen from such coexistence in countries such as in France, the United Kingdom and Italy. It’s important to remember that Spain has been one of the main recipients of immigrants in Europe and one of the principal host countries for immigrants from around the world during the 2000-2008 period (hosting more than six million immigrants).

In 2017, Spain reached its record number of international visitors, with 82 million tourists visiting the country during the year. This marked an 8.9% increase compared to 2016, according to Turespaña and statistics provided by FRONTUR and EGATUR from the INE. Public safety was one of the main reasons for increased satisfaction experienced by international tourists visiting the country. 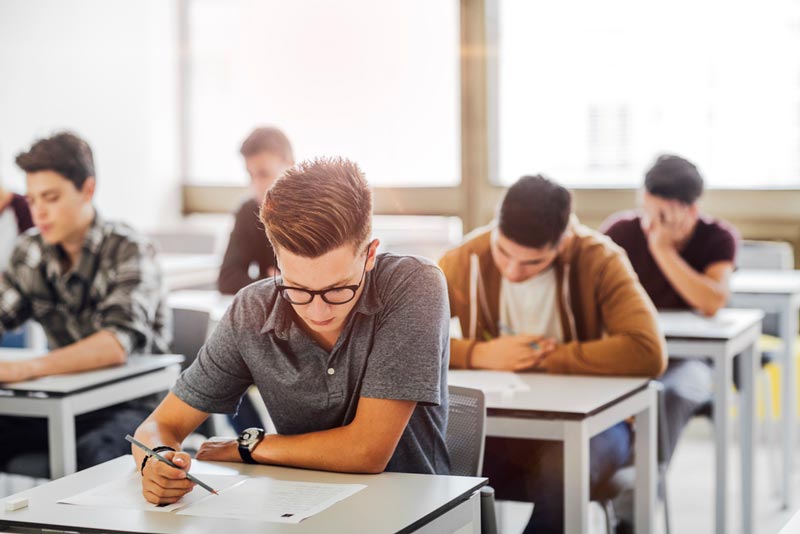 Nowadays, it’s understood that our society needs to encourage the development of a different kind of person. Globalisation is a reality and current educational models focus heavily on the training and development of global citizens. This concept calls for an authentic transformation in education where the emphasis is placed on the development of competencies, skills and abilities that allow children and young people to create their own learning experience, giving them greater freedom, flexibility, and creativity, furthermore encouraging an active commitment to the complex world we live in today.

How can this be achieved? By betting firmly on the internationalisation of education.

The internationalisation of education

The schools featured on Best Schools in Spain take these concepts into account while planning educational projects and developing mobility programs, international curricula and multicultural spaces, among other strategies. Language learning promotes social inclusion and the integration of people from different parts of the world, furthermore enhancing the ability for socialization, emotional wellbeing, empathy, self-esteem, intercultural dialogue and the peaceful resolution of conflicts.

Welcoming students from other countries, with different customs and origins, undoubtedly contributes to achieving this goal, combining Spanish culture with other cultures from around the globe.

In the university sphere, Spain welcomes more than 100,000 students yearly from different parts of the world, ranking as the third European country with the largest international student body. Additionally, the number of foreign students enrolled in General Education studies has grown over the past few years, reaching 721,028 students during the 2016-2017 academic year, according to data provided by the Ministry of Education, Culture and Sport.

For these reasons, Spain’s exceptional quality of life, safety, privileged geographical location, climate, cultural heritage, health services, and its internationally focused educational offering, among other factors, all make Spain an excellent academic destination for students from around the world.