Spain: the best destination to learn the second most spoken language in the world 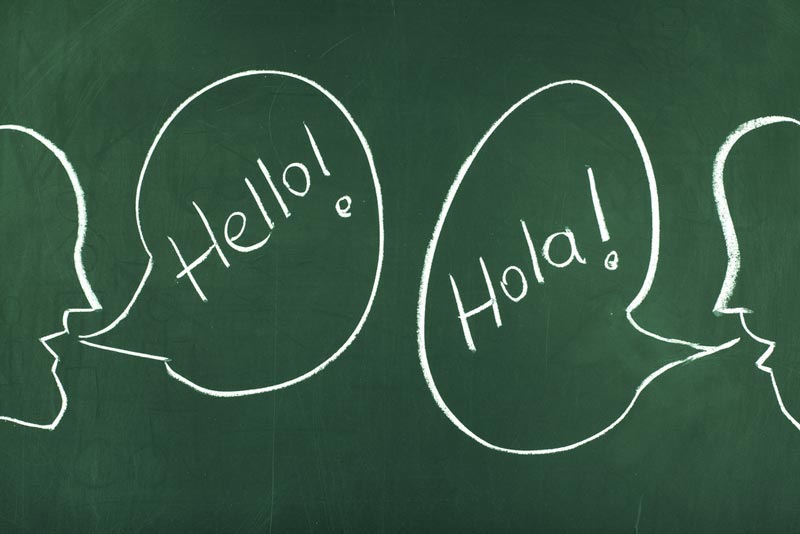 If there’s anything that we can say truly characterizes the era in which are living, one that is drastically different from the lives our grandparents lived, is the enormous degree of interrelation that exists between people from different places of origin and residence. It’s true that this trend doesn’t affect all people equally, but is something that has increased over time and will continue to do so in the future.

In this context, language has ceased to be an exotic concept associated with particular groups of people, and instead has become a global heritage. In particular, there are languages ​​that have emerged over others for different geostrategic, cultural, commercial and scientific reasons, making knowledge of these languages a key for success in all facets of personal and professional activity.

In this sense, the Spanish language has undoubtedly moved beyond its boundaries, becoming a focus of interest for people from some of the most diverse regions in the world and ranking as second language spoken by number of speakers in the world. The Spanish language, thanks to its ability to connect hundreds of millions of people, its history and the role it plays in the world today, is an asset for all humanity.

Learn the second most spoken language in the world in Spain

Where better to learn Spanish, the second most spoken language in the world, than in Spain? It’s true that beauty can be found in the multitude of dialectal variants the Spanish language has to offer, and particularly in the great lexical variety and phonetics of Latin American Spanish. That being said, Spain is the birthplace of the language, has a stronger connection to the “Koine” (Greek root of the language), and is less influenced by outside languages ​​and cultural moments. Hence, the value of being able to study Spanish in Spain is incomparable.

Spanish language learning for adults in Spain has been verified for decades, with a multitude of Spanish course options for foreigners, in addition to other academic and tourist products in which the Spanish language plays a main role. Spanish is also very relevant in the university environment, and it’s advisable that Spanish language learning begins during pre-university education. It’s no wonder that neuroscience explains that it is during this stage in life, and not in any other, that language learning is most successful. Why is that so? According to numerous studies, it has to do with the plasticity and adaptability of the brain during the early stages of life.

All in all, the schools at Best Schools in Spain are a safe bet for youthful immersion in the Spanish language, regardless of the student’s place of origin. By having English play the main role during a student’s education, often accompanied by French, German and even Chinese, students entering one of our centres who already know one of these languages ​​(either as their mother tongue or a second language), are able to make a rapid transition to Spanish, in both a progressive and measured manner. Our students are able to attest to the fact that the experiences that they’ve had in our centres over the past years have been very positive. Simply said: our system works.

It should also be added that the schools at Best Schools in Spain are structured around a safe framework, offering a high quality education and are equipped with the most modern services and prestigious facilities. Our system provides a very interesting option for students who, while carrying out their studies, are also able to simultaneously learn another language in a natural, progressive and, of course, definitive way. This type of learning experience is one that students begin when they are young and is one that stays with them throughout their lives.

The schools at Best Schools in Spain are guaranteed as competent education leaders, and take very seriously the preparation that is needed to gain admission to the most prestigious universities in the world. This is yet another advantage for students who, coming from a different country, decide to come to Spain to learn Spanish.

Spain also boasts a rich cultural, historical and artistic heritage, fantastic gastronomy, gorgeous landscapes, and an ideal climate. Spain is widely recognized as one of the countries with the most important tourist industries in the world, and in addition to its language and excellent academic offering, Spain will undoubtedly continue to attract those who are more and more interested in successful international educational experiences.